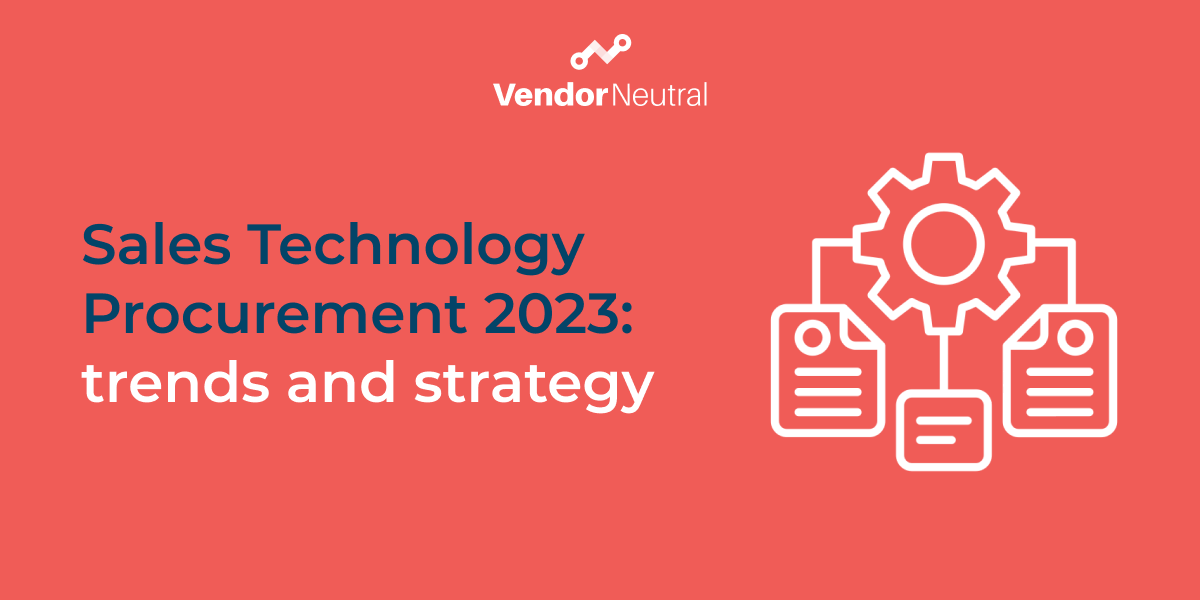 If there's one thing that's certain as we head into 2023, it's that little is.

In a shock departure from tradition, for the first time, Salesforce said it would not provide financial guidance for the next year.

They said it would be ‘premature’ and would do so in the first quarter instead.

So when it comes to procurement of new sales tech or looking ahead to refine or improve your sales tech stack, the landscape may appear more challenging to navigate, let alone predict.

Yet we think there are some certainties around sales tech procurement and sales tech strategy that will steer you through less certain times.

In our last blog of 2022, we look ahead to 2023 and what we see as sound sales tech procurement aims for the year. 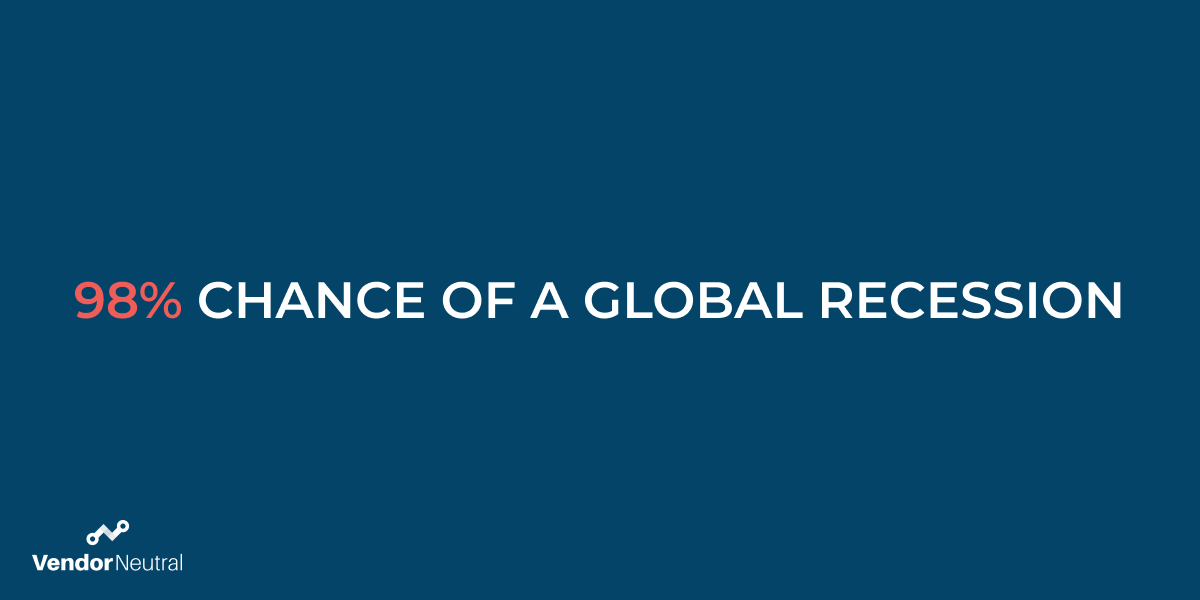 The reality is that we’re still going to be responsive to global concerns creating a noticeable impact on sales.

With a 98% chance of a global recession and a trifecta of challenges in high energy prices, rising wages in response to inflation, and consumers losing purchasing power, there’s an argument for streamlining the sales tech you currently have and scrutinizing procurement of more that you think you need.

Doing ‘more with less’ may well be a sound goal, as every aspect of your business comes under cost-saving scrutiny.

Warren Buffett, a celebrated investor, once described inflation as a ‘giant tapeworm’ – as it ate up organizations’ dollars meant for investment. While components and prices remain painfully high in many sectors, companies dig into their pockets to avoid passing costs onto customers – and to the detriment of capital spending.

In the UK, McDonald’s raised the price of its cheeseburgers for the first time in 14 years, and by 20%: they won’t be the last to be forced to make similarly tough decisions.

So, where does this leave your sales tech procurement strategy? Is the play to hunker down and wait and see before making new investments?

The picture is a little more complicated if we look at the insights from the Harvard Business Review’s groundbreaking study following the 2007 financial crisis.

Essentially, playing only defense in the coming months, they suggest, could be the most damaging strategy for your business long term.

It showed that of the 4,700 public companies surveyed, 80% had not yet regained their pre-recession growth rates for sales and profits three years after a recession.

Only 9% of the companies were ‘post-recession winners’: doing better after the slowdown than before.

And their commonality is perhaps different from what you’d think.

From the HBR: “Firms that cut costs faster and deeper than rivals don’t necessarily flourish. They have the lowest probability—21%—of pulling ahead of the competition when times get better, according to our study.”

And a note here: redundancies are not necessarily a route to survival: in the 2000 recession, Staples closed down some underperforming facilities but increased its workforce by 10% – and three years later, was still 30% more profitable than its closest competitor.

Operational efficiency, for sure, is linked to software and tech: we see companies in 2023 having the opportunity to make maximal savings with minimal impact on the workforce.

As defensive-focused companies post-recession still feel its impact, seeing growth, on average, of only 6% in sales and 4% in profits, compared with 13% and 12% for the ‘ambidextrous’ companies, the message is clear: while one eye is on improving operational efficiency, the other is on investment.

"Firms that cut costs faster and deeper than rivals don't necessarily flourish. They have the lowest probability—21%—of pulling ahead of the competition when times get better, according to our study." 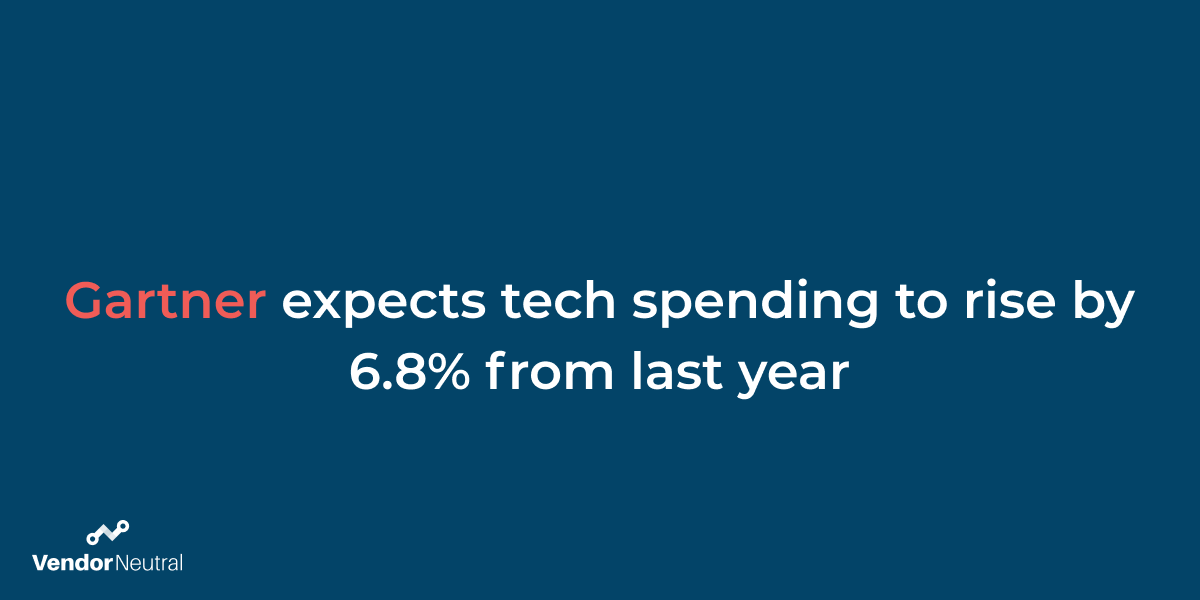 Sales Software spending: where and why

In 2023, Gartner expects tech spending to rise by 6.8% from last year, fuelled by firms’ need for software and its impact on efficiency and customer experience.

According to The Economist, automation will accelerate for similar reasons. In sales, we see this as an opportunity to free talent to perform more meaningful sales-related tasks – and push the needle on the bottom line for the organizations that invest in it.

The artificial intelligence market will be worth $500bn, says idc, and cloud computing will also grow, supporting remote work and companies’ desire to collect and crunch data. Spending on cloud services offered by tech giants such as Amazon and Microsoft will hit about $600bn, Gartner projects.

And on sustainability, in 2023, companies must ensure that their environmental, social, and governance (ESG) processes move to the center of their strategy. Consumers are watching – and are increasingly prejudiced towards robust green practices. Deloitte research shows that almost a quarter of the consumers surveyed would pay more to buy from a brand reducing its carbon footprint (e.g., offsetting and reducing carbon emissions, adopting clean energy, reducing the use of plastic).

The environmental impact of cloud storage in data centers has been well-documented by our team and as over half of SaaS applications on computers in the UK and US are underused, culling this unnecessary cyber-waste streamlines the sales tech process, cuts expenditure and supports organizations’ ESG policy. 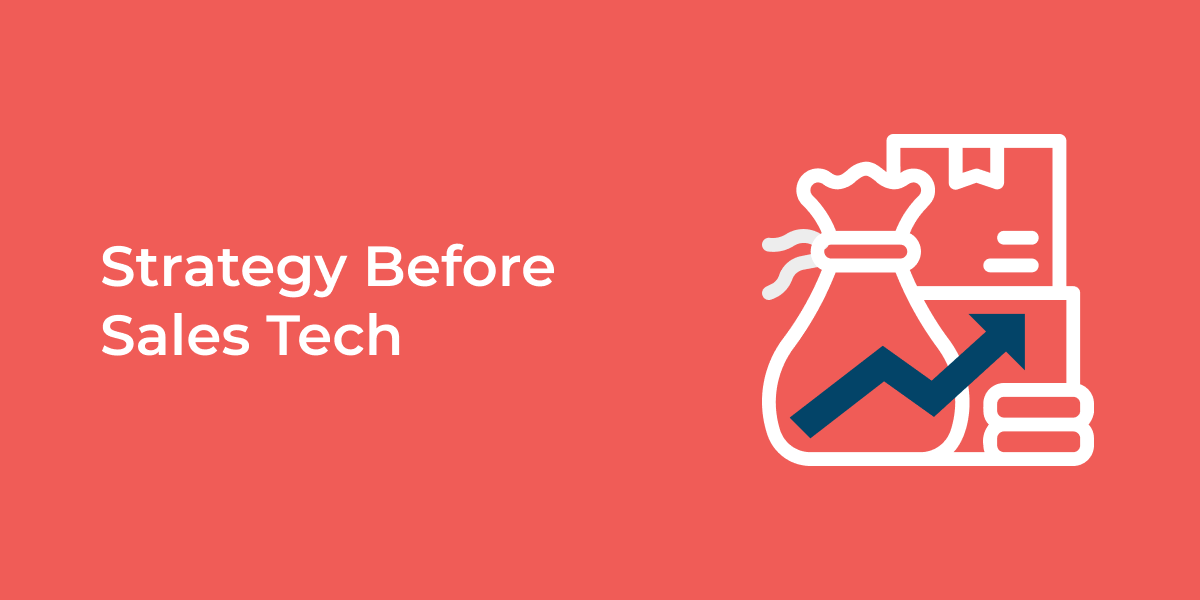 According to the 2023 Gartner CIO and Technology Executive Survey, digital transformation, leveraging and using data effectively, and technology modernization are the top three priorities of government CIOs.

“Delivering on these priorities depends on establishing a shared, organization-wide digital vision and integrating that vision into enterprise-level strategies,” said Apeksha Kaushik, Principal Analyst at Gartner.

As you consider the right balance between offense and defense in 2023, as Kaushik suggests, it must be underpinned by strategy.

Our Chief Analyst, Steven Wright, had these insights on the sales tech challenges moving into 2023:

I’ve been working with software and technology for a long time, and most of the significant challenges don’t change. How do we get more with less? How do we drive down costs? What do we need to know about customers and the marketplace?

What does change is how technology can meet those challenges.

But it doesn’t start with the tech: it ends there. That requires being very open to asking questions and exposing assumptions across three key areas: process, people, and – finally – technology.

With a robust strategy to enable you to operate both offensively and defensively in the coming months, we believe your sales tech procurement needs will become evident, and your organization can continue to grow.

Our free-to-use Sales Technology Selection Tool can support you further in your decisions around this, or a call with our experienced and helpful team can ensure you continue to push the needle for your organization in the new year.