For anybody operating a B2B organization during the pandemic, one thing has become clear: COVID-19 has changed how buyers and sellers interact throughout the sales cycle. If companies want to continue to thrive, they must adapt to this new sales reality.

4 Key Takeaways Your B2B Organization Can Use to Your Advantage

When thinking about your customers, consider factors that could affect their overall budgetary mindset. For example, an industry like medical products might be looking to heavily increase spend. A company in the travel industry is more likely to be cutting back.

Consider geography as well. The data within this study showed US-based companies were more likely to be increasing or maintaining spend than European companies, and Chinese and Indian organizations were even more likely than US companies to be expanding their budgets.

The important overall takeaway here is not to assume all companies across the board are cutting back in these times. Some are actively expanding, and failing to analyze the data of your key prospects could mean you miss out on huge potential deals.

"The benefits of face-to-face interactions are undeniable, but remote selling enables a sales professional to accomplish more in a shorter amount of time for less money. Companies, therefore, shouldn’t expect this model to go anywhere any time soon." 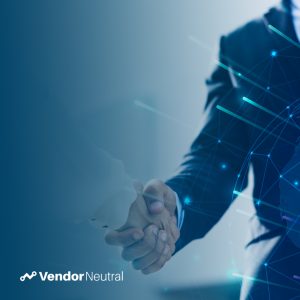 Revenue numbers follow these trends as well. For example, take this data from US survey respondents. While 29 percent of revenue came from in-person interactions pre-COVID, that number dropped dramatically to 21 percent by February 2021.

This is a prime example of how the pandemic has not so much created sales trends as accelerated tendencies that were already in play.

Takeaway? Appreciate how your prospects’ buying tendencies have changed, and ensure your sales cycle reflects and supports those preferences.

3. The Transition to Remote Selling

Driven by lockdowns, quarantine, shelter-in-place orders, and safety concerns, many B2B companies moved to remote selling during the pandemic. In the United States, 40 percent of companies moved their field sales completely remote. Another 34 percent transitioned at least part of their sales force to video conferencing and phone calls. Across all global respondents, the numbers were 37 percent and 39 percent, respectively.

Perception of efficacy, however, is less straightforward. In April 2020, digital sales were seen as less effective than face-to-face interactions by 46 percent of all respondents. It was seen as about the same by 27 percent and more effective by another 27 percent.

By February 1, 2021, only 15 percent perceived it as less effective. Another 26 percent said the same, and the remaining 59 percent said more effective. It seems the longer companies operated with this remote selling model (and ostensibly fine-tuned their strategy and approach), the more people saw it as a viable and effective selling method.

The benefits of face-to-face interactions are undeniable, but remote selling enables a sales professional to accomplish more in a shorter amount of time for less money. Companies, therefore, shouldn’t expect this model to go anywhere any time soon.

Again, look at the data. By February 1, 2021, a resounding 91 percent of US respondents believed this shift to remote sales would be sustained at least one year after the pandemic.

In 2020, it was little surprise to see an uptick in customers choosing digital self-service and remote channels. What’s interesting is seeing those preferences now that some areas are tentatively opening back up. Essentially, prospects are demonstrating an omnichannel approach to buying, and there’s almost an equilibrium reached between three categories: face-to-face or phone interaction with a sales rep, digital interaction with a sales rep, and digital self-service.

Interested in the hard numbers? Play with the data here.

Has your B2B organization transitioned to remote selling? Have you embraced digital sales more than in the past? As your sales strategy adapts and responds to today’s selling landscape, you might find you need new sales technology to support your remote selling efforts.