What Artificial Intelligence Is – and Isn’t

Siri: “You are the wind beneath my wings.”

Anyone else had that “conversation” with your iPhone? We’re amused, and even a little amazed, at how “she” responds to us. We ask Alexa to turn down the lights in the living room. We say “Keanu Reeves” to our remote control and the DVR immediately offers up John Wick, Point Break, and Speed. Looks like Gene Roddenberry got a few things right when he wrote Star Trek.

Closer to our business world, we have systems that will harvest data from the Internet and offer up a list of prospects to call. We have BI (business intelligence) software which grabs data, presents a hoard of information and statistics on a given company, and offers up comparisons with other companies. There are programs which will create and send out emails, and even call somebody on the phone, have a “conversation” with them, and set the appointment based upon the responses of the human on the other end of the telephone line. Our “smart” phones are now letting us know when it’s time to leave to make it to our next appointment.

And we call this, incorrectly, AI, or artificial intelligence.

It seems most of what is being touted as AI, isn’t. We need to understand some of the differences between AI and RPA, or robotic process automation. The lines are becoming blurrier each day, no thanks to the conflation of the two terms by those who either don’t understand the difference and/or are incorrectly using the term AI in their marketing to capture your attention.

First, RPA.  A robot is a machine, sometimes ascribed the qualities of a human, which carries out repetitive tasks. Modern usage of the term “robot” has expanded beyond physical machines to include computer programs and “bots” which harvest information from the Web. We need to rethink our Isaac Asimov anthropomorphic vision of what constitutes a robot, and not think of them as only things we can physically touch, such as the shiny red thing you see flailing about on the assembly lines or pouring beers. 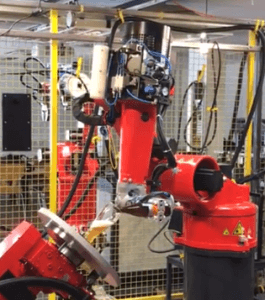 being useful to automate the tasks a human would normally do themselves. Speaking into a microphone to turn on lights or change TV stations is RPA; the microphone substitutes our using a keyboard or a remote, increasing our speed and efficiency, though not our effectiveness, since the results would be the same whether we turned on the lights or Alexa did. Robots free up a human’s time and reduce the errors introduced by humans into repeatable processes.

The programming behind RPA tasks can be simple or extremely complex, depending upon how many tasks are chained together. The more complex they are, the more they mimic what we mistake for AI. RPA can also execute its complex programs so quickly that it further adds to what we perceive as intelligence; how long does it take your car’s self-diagnostics to check its own tire pressure, oil level, and battery charge, for example, compared to you having to check all of those on your own? Both we and marketers are now calling our cars “intelligent” because of such things. But again, the results are the same, whether the “bot” in the car does it or a human does it; efficiency is improved because it saves time and is more accurate, but effectivity doesn’t improve since the end result is the same. 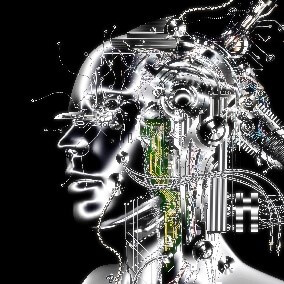 Next is AI. AI is viewed even more anthropomorphically than robots – we liken it to a human brain, and incorrectly expect it to behave as such. We probably even conjure up some physical representation of AI, and maybe picture a box with all sorts of wires attached. In reality, AI is just line after line of computer code. One of the key differences between RPA computer code and AI code is heuristics, or self-learning; whereas RPA is an algorithmic program which, once written by a programmer, never changes, AI is a program which rewrites itself (sort of), based upon available data as well as its own results. RPA results are consistently the same, and AI results may (and likely will) vary.

Do you have Auto-Correction turned on when you’re texting, or Predictive? If so, you’re seeing a tiny glimmer of how AI works, the results of which can be “interesting”. You may also notice it gaining accuracy over time as it “learns”

the words you use more frequently. Those who use voice recognition software (Dragon, for example, or your phone’s speech-to-text function) are also familiar with AI, since it adapts to your voice patterns. Many (most/all?) voice recognition programs have a reset button, so you 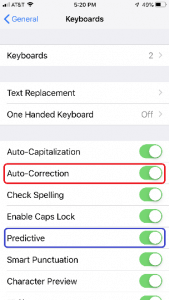 can “retrain” the program to become more precise in understanding your unique voice, tonal inflections, and accent.

If the program starts interpreting your Bostonian “bars” as the sound a sheep makes, then you erase the learning and start from scratch again. I’m not sure if there’s a requirement in AI design that there be a reset or “unlearn” function, but to me it sounds like a good idea. The point is, if you simply follow the auto-correct interpretation of your voice and press “Send Text”, you’re potentially altering the effect you have on the receiver of the text, vs. if you had taken the time to type it in correctly without auto-correct turned on. In the case of auto-correct, the change in effect could be funny, or it could be negative, or perhaps more positive if it suggests a better word than what you had originally typed – but the result is different from what you originally intended.

To recap, increasing efficiency through robotics is RPA, while a change in effectivity, for better or worse, is AI. In another blog, we’ll have a look at our expectations of AI, as well as our concerns.

Bob Britton has been in sales and training for more than 20 years. He approaches corporate training through the lens of an MBA, understanding the dynamics of complex services, manufacturing, and sales environments, while simplifying it all so stakeholders across an organization communicate effectively. Bob leverages his military and corporate experience to build and lead teams which focus on cross-functional knowledge management, performance improvement, and paradigm alignment. Importantly, Bob understands how the field of training must adapt to the changes in marketplace, and how training must transform from a traditional information delivery function to a trusted business partner, which directly and measurably impacts behaviors to move the business needles.